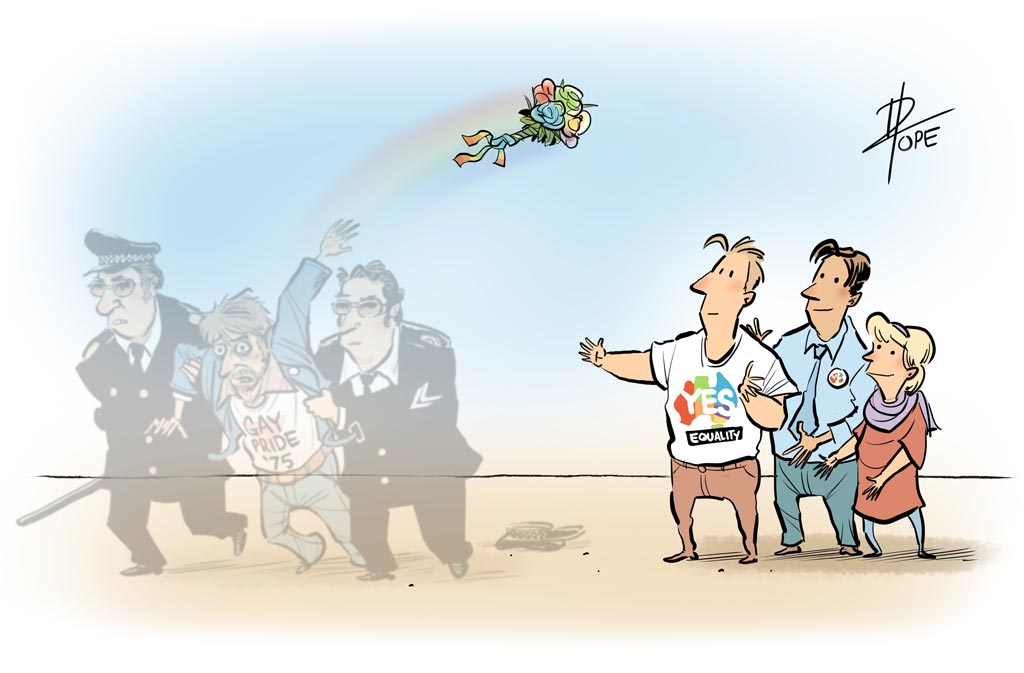 I had the Sydney 78ers in mind when I drew this cartoon. Their protest for gay rights, the first Mardi Gras, when homosexuality was still a crime in NSW, “ended in violence, mass arrests and public shaming at the hands of the police, government and media”.

But the shirt says ’75, as that year marked the beginning of decriminalisation in Australia (thank-you Don Dunstan and gay rights campaigners in South Australia).

After years of wrecking ball politics, the ‘yes’ vote was, as Rebecca Huntley observed, “a welcome sign of life in our demoralised political climate”.

(The Canberra Times, 8 and 9 December 2017 | Gallery of most recent cartoons)