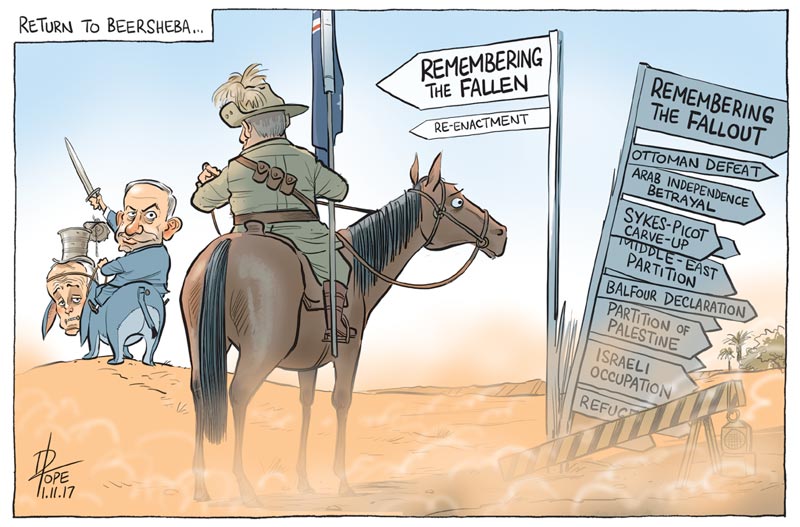 “After being a footnote in military history for decades, the charge of Beersheba has its big moment thanks to the politics of remembrance”.

A big moment stripped of context (the inspiration for this particular cartoon), as old lies are given new meaning.

(The Canberra Times, 1 November 2017 | Gallery of most recent cartoons) 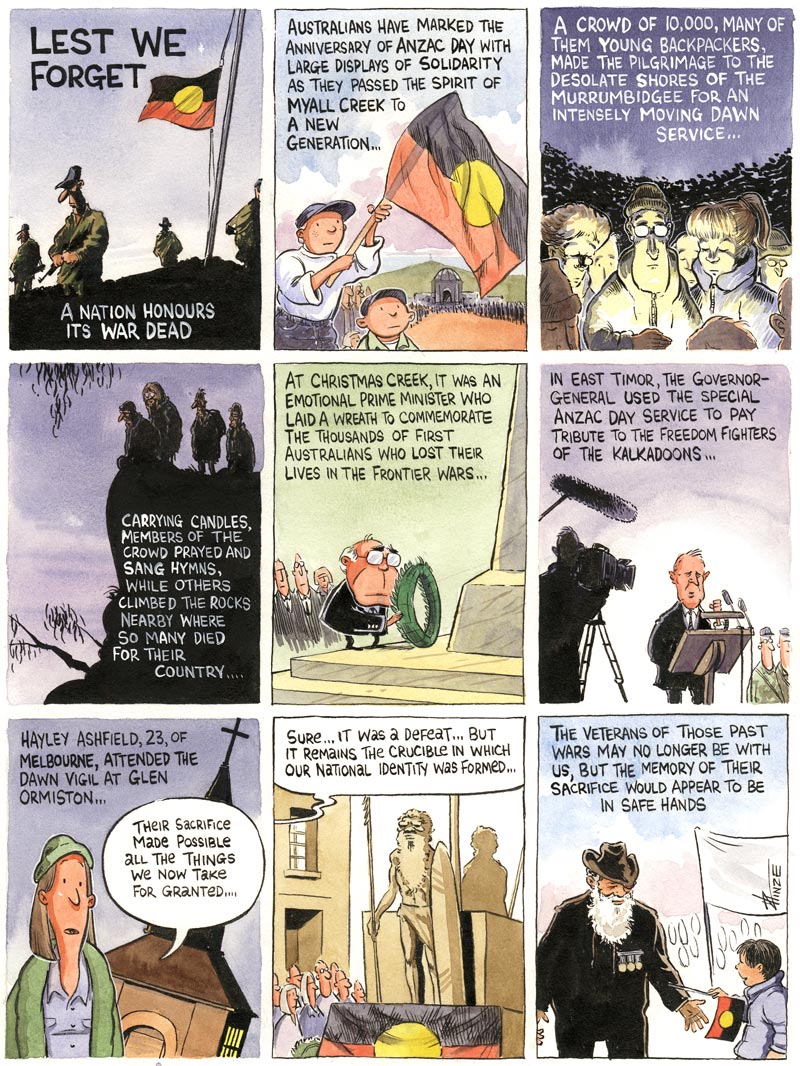