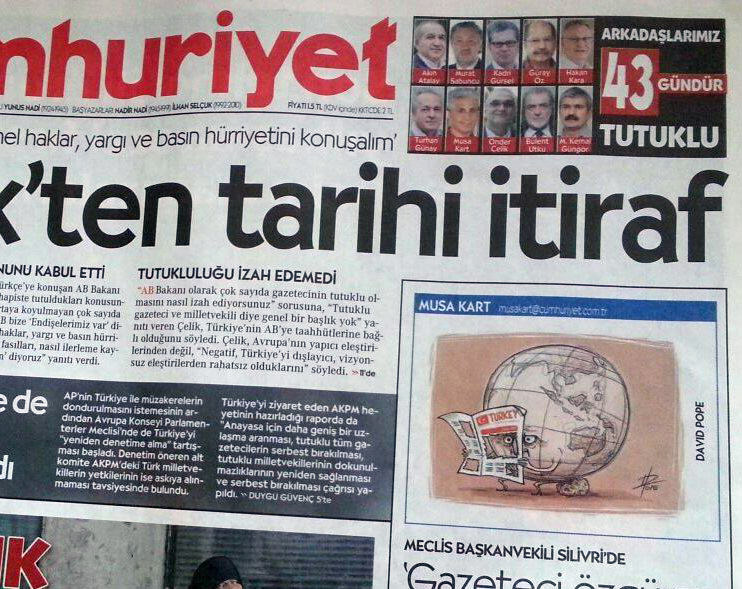 My cartoon on the cover of the Turkish national daily Cumhuriyet, in the panel where their cartoonist Musa Kart’s cartoon should be. 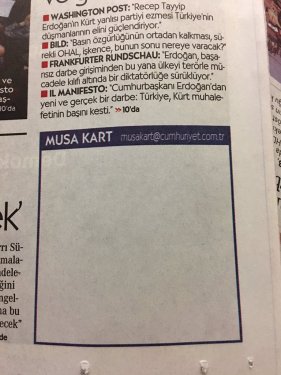 Musa was arrested and jailed pending trial in early November, along with a number of his journalist colleagues, as part of President Erdoğan’s post-coup crackdown on critical voices in the media. 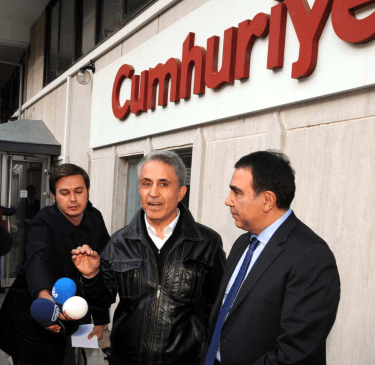 While he remains in jail, Cumhuriyet is filling Musa’s panel with cartoons of solidarity from around the world. 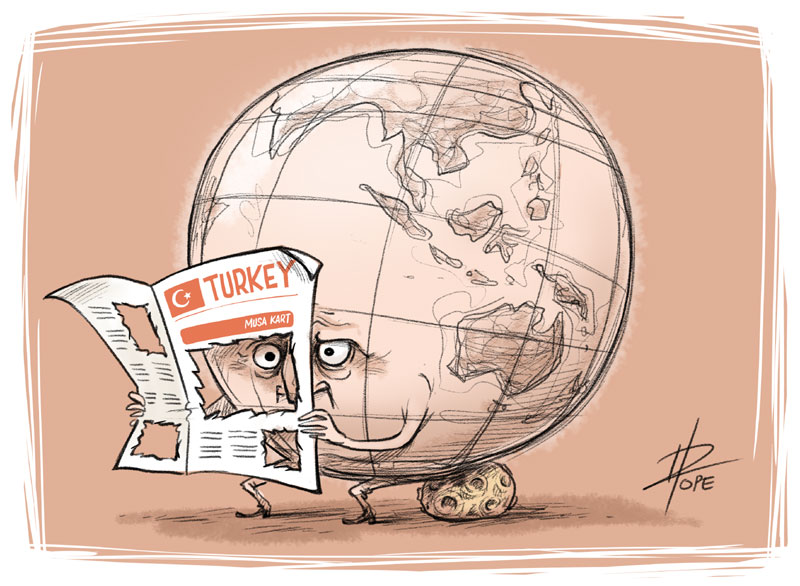 “At least 81 journalists are imprisoned in Turkey, all of them facing anti-state charges, in the wake of an unprecedented crackdown that has included the shuttering of more than 100 news outlets. The 259 journalists in jail worldwide is the highest number recorded since 1990.” A special report from the Committee to Protect Journalists by Elana Beiser.